We have years of experience caring for families from all walks of life, cultures and faiths. Our unsurpassed staff and our family provide kind, caring, professional service. Each family comes to us because they know we are leaders in our profession who are dedicated to excellence in service, adhere to the highest funeral industry standards, and have exceptional integrity. We consistently earn phenomenally high customer satisfaction survey results.

Our licensed, professional staff is here for you 24 hours a day, 7 days a week. Please call 910-582-4011 anytime. We will even come to you to make arrangements in the comfort of your home.

Prompt, compassionate service is always just a phone call away, where and when you need it. 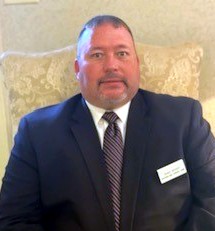 Chad Woody was born and raised in South Carolina; he came to live in Richmond County in March 1995 when he was hired by Walter T. Stephenson at Watson-King Funeral Home. Chad became a Funeral Service Licensee in March 1996. Chad joined the Richmond Memorial Park team in April 2011 as Managing Partner and has his North Carolina Cemetery License. He lives in Hamlet with his wife, the former Julie Venable, daughter of Carole Venable and the late Ronnie Venable, and their three sons, Nic, Chase and Trent.

Chad graduated from St. Johns High School in Darlington, South Carolina in 1993 and from Gupton-Jones College of Funeral Service in Atlanta, Georgia in February 1995. While in high school, Chad earned his Eagle Scout title and also became member of the Order of the Arrow Brotherhood.

Chad attends Marks Creek Presbyterian Church in Hamlet; he is a member and President of the Rockingham Kiwanis Club and also Seaboard Festival Planning Committee in Hamlet. In his spare time, Chad enjoys watching University of Georgia Bulldogs Football, playing golf, and fishing and hunting, along with spending time with his family. Chad is the son of Kenneth and Eloise Woody of Santee, South Carolina. 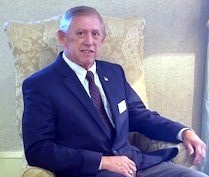 James H. “Jimmy” Eason  son of the late James and Kathryn Eason  was born and grew up in Hamlet.  After graduation from Hamlet High School he received his A.S. Degree in Mortuary Science from Miami-Dade School of Mortuary Science in Miami, Fla.  While attending school he was employed with Joseph B. Cofer funeral home in Miami, Fla.  Jimmy has many years of  experience in funeral service and is a licensed  N.C. Funeral Director and Embalmer.  He joined  the staff of Powell Funeral Home in Southern Pines in 1972.  In 1983 he became manager of Edwards Funeral Home in Kinston, N.C.  where he later became Owner and President.  In 2017 he retired from Edwards Funeral Home and sold the business.  After retiring he stayed on for one year to assist the new owner then relocated back to Richmond County.  He has been employed with Watson-King Funeral Homes in Rockingham and Hamlet since  2018.   He is married to the former Janice Boroughs of Southern Pines.  They reside here in Richmond County. Jim follows NC State Sports and a long time member the Wolf Pack Club. 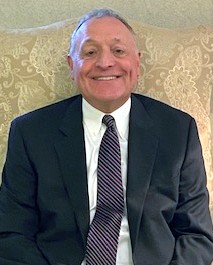 Tom Stephenson is a native of Richmond County and the son of the late Walter and Jane Stephenson, the former owners of Watson-King. He is a graduate of North Carolina State University with degrees in Economics and Business.

Prior to returning home, Tom spent 18 years in Human Resources with an Engineering and Construction group on projects ranging from nuclear power, to pulp and paper, to chemicals.

Tom began work with Watson-King in 1997. He completed the course work in Mortuary Science at Fayetteville Technical Community College, where he was named a J. M. Nolte Scholar for Academic Excellence. Tom became fully licensed to practice funeral service in 1999.

Tom is married to the former Libba Williamson, and they reside in Hamlet.

You are welcome to call us any time of the day, any day of the week, for immediate assistance. Or, visit our funeral home in person at your convenience.

About Us
Testimonials
Meet Our Staff
In Our Community
Our History